Cold weather is a great excuse to take the little one to the air museum.  No matter how many times I go there, I always find something interesting and last time was no different.  I found this gem on the bookshelf in the kiddie drawing & reading room: 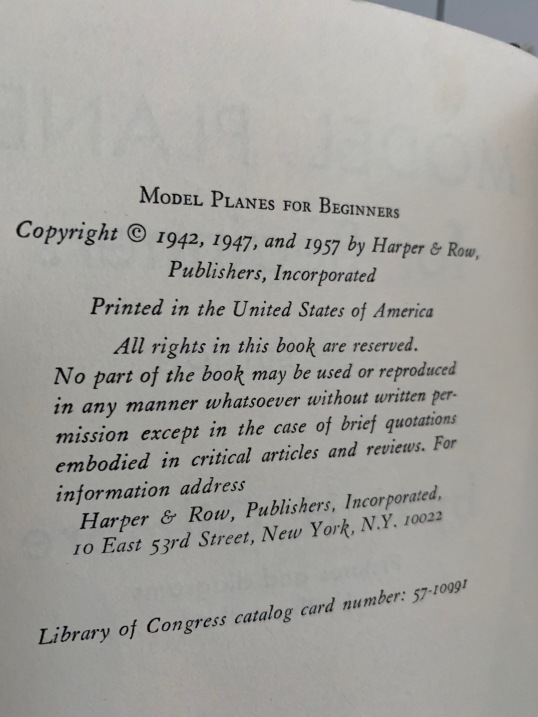 “Model Planes For Beginners” was first printed in 1942 and was an odd find tucked among more recently published space and flight picture books for kids.  My guess is that someone thought a book about building models would be appropriate kids reading material.

As my kid was drawing planes and making friends I paged through this hardcover.  The pages of this ancient text contained material that reinforced my theory that we are currently in the best era in scale models.  Just look at what scale modeling was all about back in the 1940s: 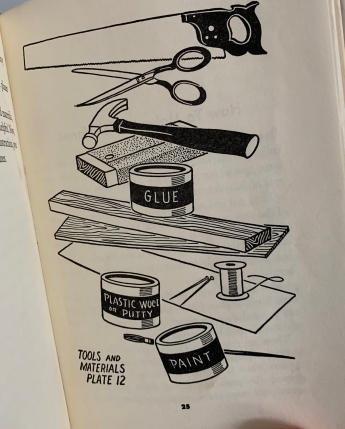 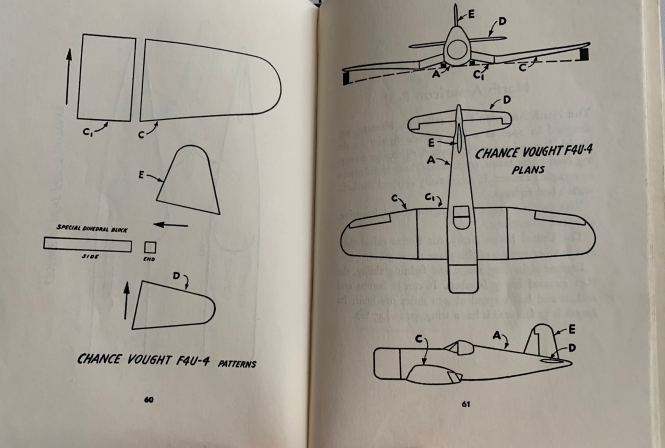 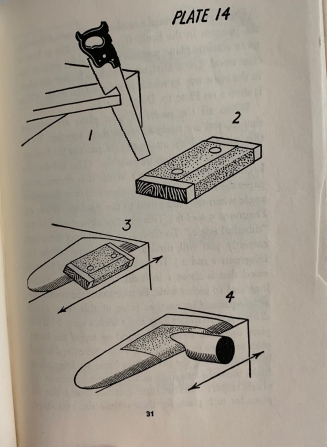 Wood saws?  Wood sandpaper?  Are you serious?  I don’t know about any of you but there is no way I would be able to make anything that looks like a Corsair out of a block of wood and these “plans.”  So hats off to those guys who suffered through all that to get a model of an airplane they liked!

Today?  There is no comparison at all.  We have it easy compared to those pioneers with their grease pencils, t-squares, axes and rasps.  Today, we have comparatively excellent kits and even better tools and finishing products.

And proof that we have it so easy can be found in our complaints.  This is especially true when discussing new releases.  Some of us modelers may hope for a certain model to be released and we may be reasonably disappointed when it is not.  In the event we are lucky to get the model we were waiting for, some of us modelers might be reasonably disappointed if the model is not the latest and greatest.

However, others will be extremely vocal when a newly released model is not 100% to their liking.  And some take that a bit further.  These complaints sometimes gather a crowd and everyone chimes in.  It’s this form of complaint ‘critical mass’ that can be memorable.

Going from memory and some online suggestions, I have assembled a list of aircraft models that broke the internets: 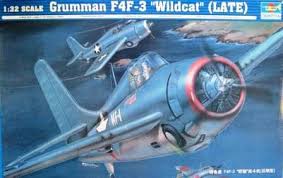 What was wrong with the kit?

Did it break the Internets?

To be honest, this is well before the time I came back to the hobby so my observations and what I have been told might not be completely accurate. But, yeah, it sort of broke the internets.

Back in 2003 this kit was a highly anticipated release by an upstart model company known as “Trumpeter”.  Keep in mind, those in the hobby just came off the heady  1990s.  Those years brought builders an unending supply of excellent 1/48 aircraft kits; the “2 sprue wonders” from Tamiya, Hasegawa, and many more.  Those set the standard for aircraft kits at that time.

But things were about to change and the new releases of 1/32 props (and jets) showed unbelievable promise.  If 1/48 kits could be cutting edge in terms of detail, accuracy and engineering – just imagine what 1/32 could offer!  However this was not always the case.  And the initial release of the Trumpeter Wilcat was met with poor ratings from reputable modelers.  At least one retailer canceled its order from Trumpeter and refunded all pre-orders.  Brett Green over on Hyperscale offered an in depth review of the initial release that pulled no punches.

And this started one of the first times we saw the now commonplace online fighting between those who demand that accuracy goes hand in hand with price and those who are just happy to have an up-to-date model of whatever is on offer.

It was obvious that the model’s shortcomings could not be glossed over.  Trumpeter pulled back the kit and spent some six months re-working the molds to correct the kit’s faults.  The ‘corrected’ Wildcat was well received. 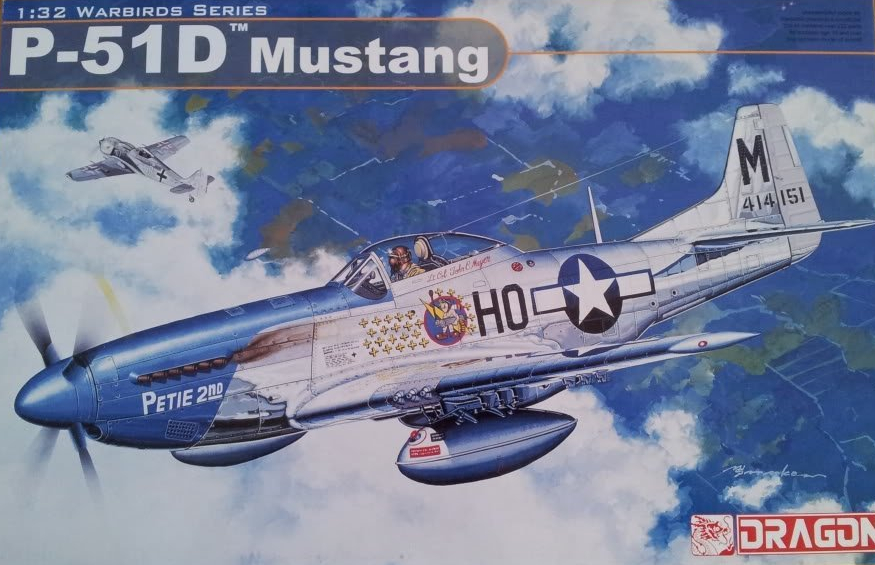 What was “Wrong” with the kit?

Did it break the internets?

Dragon is a very well known player in armor models, especially for WW2 armor.  Their 1/48 aircraft were very nice kits and some are still sought after.  However, I believe most, if not all of these aircraft kits were from molds bought by Dragon and not designed by Dragon.  This Mustang was Dragon’s first 1/32 aircraft kit and I believe it was the first aircraft kit designed entirely by Dragon.

Oh yes, it definitely broke the internets starting sometime in October 2006.  Now keep in mind, this kit was released with an extremely attractive price – roughly a third of what Tamiya would charge for its Mustang.  I’m also told the kit went together very well with great engineering (read: no gaps and no filler needed).

But the real Mustang was “smooth” and the Dragon Mustang is definitely not! This was the central theme to the back and forth on this kit.  That, and the dashed high hopes modelers had for a new tool Mustang from Dragon.

The model was not corrected is actively avoided by modelers.  Not to put too fine a point on it, have you seen any new aircraft kits by Dragon? 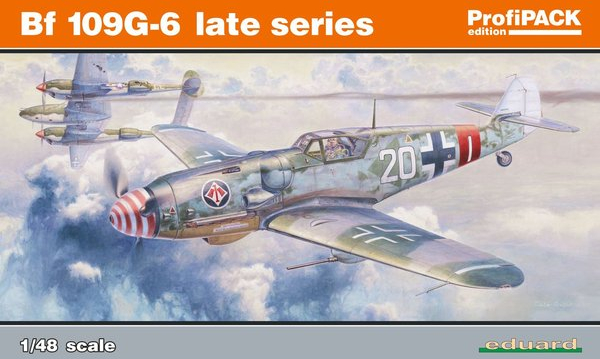 What was wrong with the kit

Did it Break the Internets?

Hoo boy did it ever!  If memory serves, the whole kerfuffle started with a slick video ad campaign announcing a world beating BF-109, nay, the best scale model of a BF 109 in the universe.  When you throw down that sort of gauntlet, you know you are going to have to deliver.  And when you brazenly mess with the established order of BF109 models, you should also know that a lot of expectations will be built up.

There were many pictures of this kit with those famous ‘red lines’ and/or the fuselage half on top of BF109 line drawings…  But unlike a strut being 1/1000th of an inch too long,  this kit was a mess and those complaining were clearly showing that something was very wrong with this 109.

What Happened in the End?

Eduard has had a few PR missteps in the past.  Their early response to the 109 issues was initially dismissive and belittling to those who criticized the ‘ultimate’ 109.   They disputed the fact that there were errors, then disputed the magnitude of the errors, then disputed whether or not the errors could even be seen.  However, they eventually admitted the kit’s shortcomings in a letter on their website:

“Unfortunately, we do have to admit that our kit is definitely larger than the scale for which it was designed, and therefore oversized. It is our fault. We admit that. We wrongly calculated the expected dimensional attributes of the final model, in comparison with the master model we were using. In our case, this is a virtual 3D master model. If we accept 9020 mm as a correct length of the real aircraft, then we are about some 3 mm longer in scale, which means the kit is about 1.5% larger than it should be, and therefore gives an overall scale of 1:47.26. Concerning the wingspan, we are wider in overall span by about 2.6mm on each half of the wing, giving an average oversize of around 2.5%. I want to let you know that I’m personally very sorry that this has happened.”

Ultimately they corrected their Bf 109 G-6 and this re-tooled 109 is now considered one of the best out there in any scale.

What was wrong with the kit?

This is not an easy question to answer.  I believe there were issues with the kit as it was being developed.  Whatever those issues were, I think they were made worse by some of the decisions made and actions taken by AMK:

Did it break the internets?

Oh yes, yes it did.  Over on ARC there is an ongoing forum thread that, at the time of this writing, has 323 pages, over 8000 replies and over 790,000 views.  There were multiple entries over at Hyperscale and other forums.  There was no end of commentary on facebook.

During this long development period, it seemed as if the kit would never be released.  Then we would see a pattern of AMK making an announcement or publishing a picture and a flurry of vicious internet commentary would follow.

Well, I don’t think anything happened but it may still be too early to tell.  The kit was eventually released some 4 years after the initial announcement.   I’ve seen the contents of the kit when a club member brought one to a meeting.  It reminds me a lot of their Mig-31 and that kit is very nice.  I have seen a few online builds as well and the kit looks great.

I’ve always found these model blow ups entertaining and strange because we are talking models here, it is not like anyone HAS to buy or build one.  It isn’t that I am firmly in the “happy to have a model at all” camp because complaints about accuracy issues can lead to improved models…. sometimes.  It just seems to me that when the criticism turns to that level of legendary viciousness, then that criticism is out of touch with any form of reality or sanity.

After all, these are just plastic models and are far better than carving shapes from pinewood.

As always, I love to hear from you.  Do you remember those releases and the fallout they created?  Any others I should have covered?  Let me know in the comments because I am sure there are others.

4 thoughts on “Model Kits that broke the Internets!”