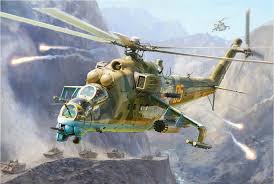 Let me tell you a little about myself: Born in the 70s and grew up in the 80s. A decade that started with feathered hair and ABBA, quickly morphed into synthesizers, cocaine, big hair, wedge shaped sports cars, pastels and silk suits. The 80s also featured a Cold War with a clearly divided world and one dimensional bad guys. Actually, in many ways it was a very simple world compared to today.

Then again, I was 7. Everything was simpler then.

Movies, at least the ones that would capture the imagination of a pre-teen, often involved some triumph of a muscled dude over some faceless communists. That, and a whole lot of pyro. I doubt most of these movies have aged well with one exception: Red Dawn. It’s been said the things we “discover” in our youth make the biggest impression on us. That is why the music, movies and even the SNL cast that existed when we were in high school always seem far better than their equivalents of today.

Red Dawn made its impression on me for a few reasons. First and foremost, it featured kids that were not much older than I was and they were fighting an occupying force that was clearly evil because they did evil things. Of course, the scene that made the biggest impression on me featured this monster of a helicopter:

I discovered this monster was called a “Hind” and it was the most destructive military force ever conceived. I was instantly fascinated. I later found out the helicopter in Red Dawn was really an Aérospatiale SA 330 Puma that was mocked up to look like a Hind. But, that certainly did not matter at the time. Now, you might have to squint a little, but the Red Dawn Hind sure looked the part. Check out the real thing:

During the 80s and the 90s, the Hind became ubiquitous in TV shows, video games and movies. Every time a sweaty mulleted protagonist survived multiple waves of mostly incompetent Soviet, Vietnamese or Chinese soldiers, a Hind would inevitably show up to slightly ruin his day. Only to be blown up spectacularly!

Fade out. Roll credits and cue the Journey music.

Like I said, I’ve always had a bit of a fascination with this helicopter. I believe it was the Soviet answer to that age old question: “Летающие танки – хорошая идея?” Which is roughly translated as: “Flying tanks, is good idea, yes?”

Yes, yes, it is! Especially when you want to scare the bejezus out of your enemy right before liquefying him with 200 aerial rockets.

To be slightly more accurate, the Hind is not a flying tank. It is also not a tank destroyer like the Apache is. It would be more accurate to describe it as a flying armored personnel carrier.

I was surprised to find out the Hind was developed in the 1960s and entered service with the Soviet Union as early as the mid 1970s. For some reason I thought it was much newer than that. Some 3,500 Mi-24 helicopters have been produced and it has been used by more than 40 countries. It has also seen a fair amount of combat including the conflicts in Afghanistan, Chechnya, Chernobyl and those against John Rambo.

The original model (Hind-A or the ‘greenhouse’ model), designed to carry eight combat troops, was later reconfigured to take on the gunship role (the ‘bubble canopy’ Hind-D). Later versions, like the Hind-F, are also armed with anti-tank missile systems to annihilate armoured targets and disintegrate slow-moving aircraft. All versions retain the troop transport capability.

When I last visited the Pima Air and Space Museum, I could not believe my good fortune when I walked out of he first “hangar” and saw this beauty:

If you are from the 80s, you are probably interested in Hinds. Whether you are into them not not, you have to admit: Hinds look mean.

And as I like to say: Mean things need to be built.

This is a new kit as of 2020 from a manufacturer that is quickly gaining attention for its improved models. I have never built a Zvezda kit and this is mainly because they do not make anything even remotely related to the Pacific Theater. I do have their 1/72 Hind D. It was an impulse buy and it looks amazing in the box.

My lovely wife and sweet daughter bought this kit for me for my birthday in August and since I ripped off that wrapping paper, I had been thinking about starting this build. Given the amount of glass over the cockpit, I got a Quinta cockpit set and I bought a replacement gun and pitot set from Master.

The plastic used on this model is ‘softer’ than the plastic I am used to using. It is not a criticism but it does mean that care is needed. For example – it is far better to cut as close to the part as possible because any careless sanding will remove too much material. However, when gluing parts together, the softer plastic will soften and ooze out of the join. With some practice you can take advantage of this property and ensure few, if any gaps.

This was the first time I tried using a Quinta Studio product and I am sold. Yes, the Mi-24 Set is a bit pricey but well worth it for the time saved and the detail added. There is no resin or photoetch set, painted or not, that can top this set. Couple that with the fact the set fits perfectly and is unbelievably easy to install. A true drop fit.

I uploaded a video showing how easy this was to install. I can tell you with complete confidence that I will not be going back to resin cockpit sets. When I want to add some aftermarket to my aircraft, I won’t bother with all the cutting, fitting, resin dust and I will head straight to these types of cockpit sets.

The kit encourages you to detail engines and open these panels and the engines are nice little kits on their own. I found a few reference photos of the Hind engine areas and while I found it impossible to accurately scratch build every wire and hose, I certainly did add a lot. I used various sizes of lead wire, a few “junction boxes” from the spare parts bin and various shades of metallic paint. Same went for the ‘differential’ area. I had a lot of fun with this part of the project.

The cockpit fits into the rear of the fuselage while the cockpit area has its own separate fuselage sides. I imagine this was done to allow for different variants of Hind. I found the fit to be finicky and at times I thought I needed a third hand to keep all of the competing parts together but with some patience they will fit together and be almost perfect. I might have used a small amount of filler along a couple of seams but it was no big deal.

The only snags I ran into were in attaching the canopies. These are in multiple pieces and are a real pain to get aligned. I also had to use filler to close a lot of gaps. I imagine having a single piece clear canopy on a Hind of this size might be very difficult, so I am not blaming Zvezda for this issue. Luckily there is a lot of big areas of glass so these are easy to mask for paint.

I wanted to do an Afghanistan Hind because much like the association of the Huey in Vietnam, for me the Hind is forever tied to the Soviet invasion and occupation of Afghanistan in the 80s. Zvezda provides markings for one Afghanistan based Hind but the instructions call for some strange colours. When I compared the callouts to actual paint bottles, the colours did not make sense. So, I eyeballed it after looking at some pictures on the internet. I used Tamiya XF-78 Deck Tan as the base and Tamiya XF-61 Dark Green for the freehand painted cammo.

After painting I glossed, placed the decals and followed up with a light Mig Ammo panel wash. If you look for it, you will see it but otherwise I was aiming for a subtle highlight of the panel lines.

They say the body doesn’t remember pain. I must have forgot the trauma of the Apache build because I forgot how many bits come with a helicopter build. Rotors, landing gear, lights, guns, rockets, missiles, open panels…. the list goes on. For whatever reason this aspect of the build seemed to take forever to get through. One of the reasons being the very complicated paint masking required for the main rotor and the tail rotor. The main rotor needed masking for 5 colours. Seriously… 5 colours for each of the 5 rotor blades. Thankfully the tail rotor needed ‘only’ 4 colours masked on 3 blades. A lot of tamiya tape was sacrificed in this endeavor. Hopefully someone notices all that work.

The real Hind was designed to be a flying APC. It had armour and it was bristling with all sorts of weapons designed to take on practically any enemy. It also had a compartment containing a squad of crack troops to mop up whatever was still crawling. I recall it only had one design flaw in the 80s: Perfectly aimed arrows.

Perhaps this shortcoming was eventually resolved.

It is unfortunate that Red Dawn was remade or “re-imagined” some 30 years after that late 80s goodness. The original perfectly captured the era, launched the careers of a hand full of big stars and (of course) was the film debut of the Hind (of sorts). The ‘re-imagined’ Red Dawn was simply a forgettable train wreck.

I really wanted this kit to be all that and a bag of Au Gratin potato chips but, this Zvesda Hind was ultimately a mixed bag. On one hand, I loved the overall size and impression it makes as well as the cockpit, engine bay and the general fit of the model. However, were other aspects that did not impress me as much. These were the decals, the inconsistent engraving of the panel lines and the fiddliness of the canopy, the landing gear and the weapon attachment points. However, I have never been comfortable with landing gear on helicopters. I think I got it right but aligning the wheels while making sure the model helicopter is level is one of those scale modeling dark arts.

I’d love to hear your thoughts on the Hind, Zvezda or even 80’s action movies. Were you as impressed with the Mi-24 Hind as I was? Was Red Dawn a favorite? Do you think Zvezda is all that or are they just on the cusp?