Spring model shows are just like any other gathering of people.  The ones in March-May have all been cancelled or postponed.  It is unfortunate but a small price to pay to limit the spread of this virus and to help our health systems cope with it.

We can still look at some models though!  This looking back thing has been fun.  So far we have the 2012 Montreal Model Meet and the 2012 Well*Co*M*E* show.  As you might have guessed, after participating in my first contest back in 2009, I gradually got keen on attending out of town shows.

Held at the Canadian Warplane Heritage Museum in Hamilton Ontario, HeritageCon is probably one of the biggest, if not the biggest scale model contest in Canada.  In 2013 this was known at HeritageCon 7 and there is still a dedicated webpage for it.

This was my second trip to HeritageCon and one of the reasons I made it back was because the volunteers put on an excellent show.  The website is clear, the registration process is painless, the show itinerary is dead on and hey, if that isn’t enough, the show takes place inside an air museum!

The museum features static and flying airplanes that served Canada.  There are a lot of them and they are on display during the model show.  In addition, there is a section of the hangar where a handful of planes are in various stages of being rebuilt.  In 2013 I was very fortunate to see the progress on their Avenger.

I believe it is near complete now.  Maybe it is time to get back there to see it done.

Some Models that Caught my Eye

I have written about bases and I have an article about making easy bases from clocks, of all things.   I remember this display because of how unique the base was.  A simple but well executed scene with detailed models along with an informative base.  I imagine with some modifications, this would make an excellent piece to hang on the wall.  It certainly gave me some ideas back then and it still does.  With some strong magnets sunk into the landing gear and some metal “plates” on the base, it could work. 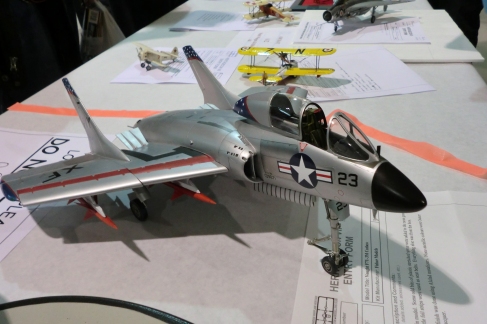 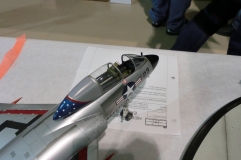 This 1/32 Cutlass is a resin kit by Fisher Models.  I met the builder as he was carefully putting this heavy piece of wonderfully painted resin on the table.  It is a shame that Fisher Models is no more as he made some absolutely amazing kits.  I am very sure this model took home an award – maybe multiple awards.  It certainly was a head turner at the show. 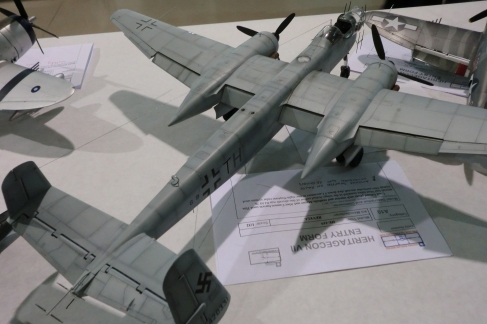 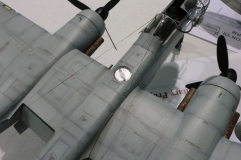 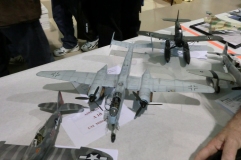 At the time this kit was still a new release by Revell.  Big, detailed and well priced.  Sure, it is not up to the standards of a Tamiya release but out of the box it builds well and builders can easily add to the kit if they want to.  Luftwaffe builds are not my thing but this model looked very unique and radar guided night fighters just look so sinister and mean.  I really like the subtle wear on the paint and guess I was trying to get some detail shots because I was thinking of building one.  I never did but it still looks like a great model. 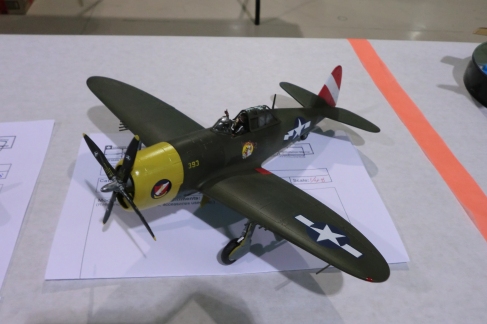 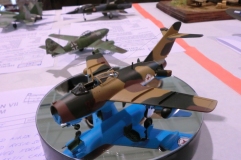 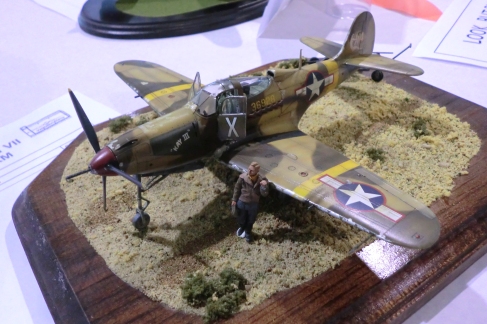 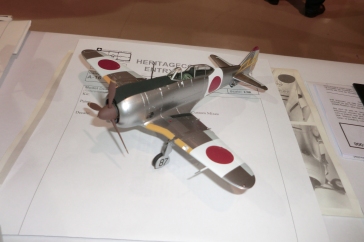 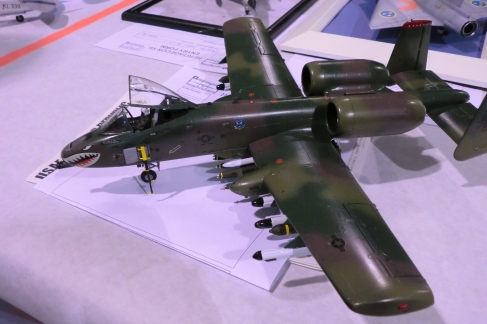 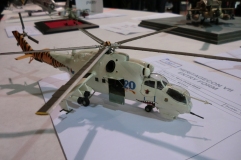 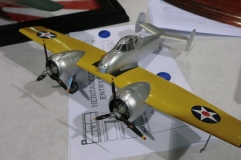 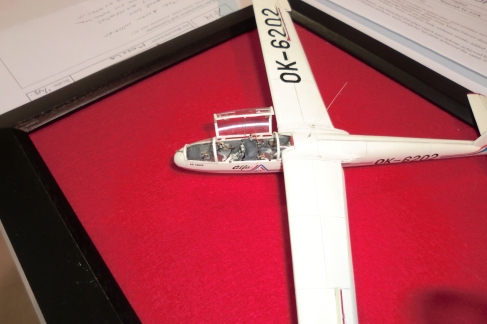 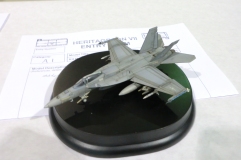 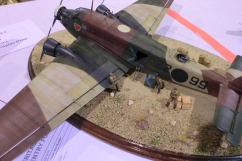 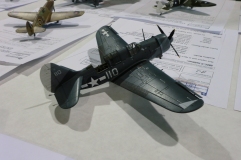 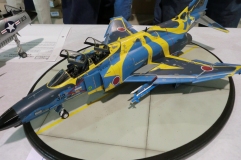 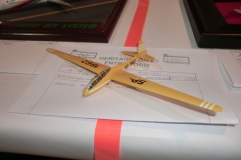 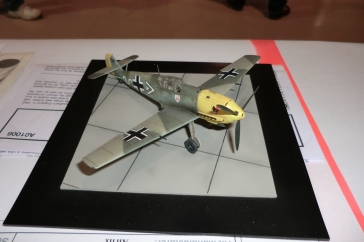 Although I do not know a good model from an also-ran in any of these other categories, I occasionally build things that were not designed to fly.  HeritageCon may take place in an air museum but the Armor and Ships tables were loaded with great builds that got my attention. 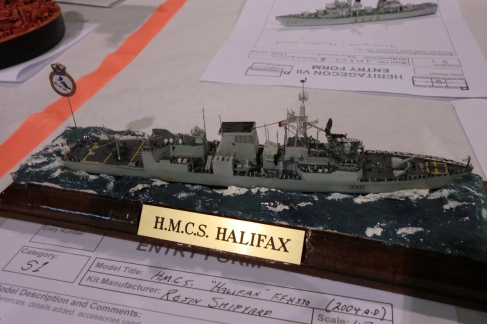 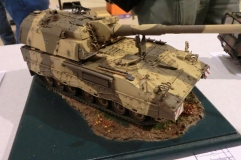 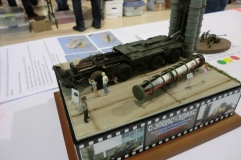 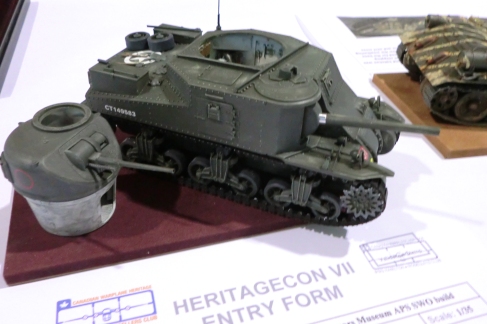 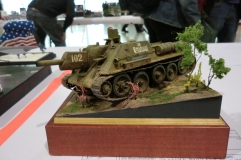 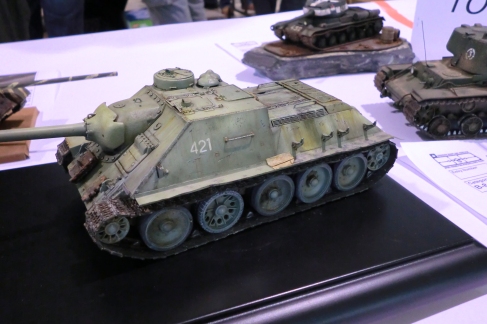 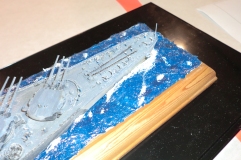 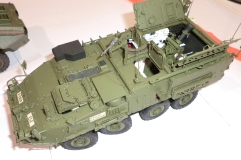 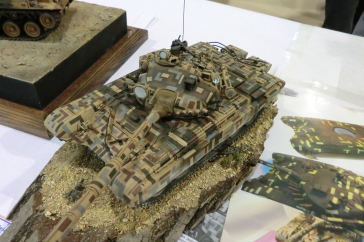 HeritageCon is an excellent show for GTA area modelers and well worth the drive for those who live further away.  In recent times the organizers have invited various experts to present and I believe these have been very popular with show goers.  Unfortunately this year’s show was affected by the Covid-19 situation.  However, it has been postponed to the fall, so we still have a chance in 2020.

One thought on “A Look Back at the 2013 HeritageCon Show”