The dreaded shelf queen.  I’ve written about what to do with models that end up half built on a shelf.  I’m now thinking about what causes the stall.  I have some thoughts about that.  But let’s start with my biggest stall yet:  The HK B-17G.

It started out great – the model was big and it had plenty of detail.  Sure, this meant a ridiculous amount of planning and painting but I was game. 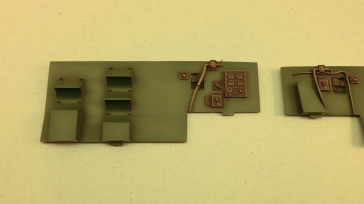 As you can see, the B-17 had a lot of wood in the interior and I had a lot of fun replicating it with oil paints.  However, I started to find some issues…

Starting with the fact the instructions offered no colour call-outs for main areas as well as molded on bits.  I had to do a lot of internet searching to figure these out.  Not a big deal but a definite speed bump.

As well – given how the interior went together, it was difficult to keep track of all of the teeny pieces once they were painted and detailed.  So what?  Right?  I was still keen and I kept going. 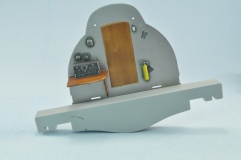 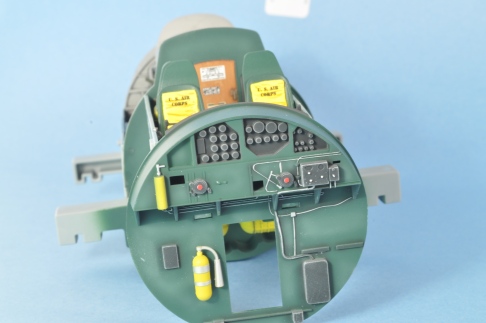 At this point I had to seal it up.  Nine times out of ten I can manage a decent join with little work to do after gluing.  This time?  Nope.  Not even close.   As well the top of the main crew area is molded separately as a kind of removable roof.

But I didn’t want a removable roof.

You see, the ‘roof’ left a terrible gap to deal with. In an effort to preserve as much of the rivet and panel line detail as possible, I tried to use melted sprue sauce to close it up.  There was also a ton of shallow and inconsistent rivet detail at the top of the fuselage.  Fixing that issue was difficult and my lack of skill really shows here.  In other words, it was a ton of work and it didn’t end up looking great.

Looking back, despite how silly I think it would look, I really should have kept that roof removable.

But then came more issues:

At one point I just decided this was just not any fun.  And despite all the work, it still doesn’t really look good.  So I shelved it.

So Why Do Builds Stall

I’m not the first modeler to put one aside for a breather.  In my case, making this model was a slog – it became awful tedious work with no end in sight.  I think there are many reasons why builds stall and in my case I think this build stalled for more than one of the following reasons:

Yes – the big question!  I guess the easy strategy would be to build out-of-box models using easy kits of subjects that you love that are produced by top manufacturers.  But that is a bit safe, isn’t it?

Stop buying new model kits when you are working on a project?  No…. that would go against everything we modelers stand for.  It would also cause a rift within the stash growing community.  No, we cannot have that.

Maybe the answer is to know yourself.  Looking back I can easily say that I should not have bought this kit and I definitely learned my lesson about buying big for the sake of big.  Others have written about the same issues I had in later reviews of the kit and maybe being patient would have served me well.

The subject matter is well outside of my main interest as well.  I don’t want to sell the hulk nor do I want to get back to it anytime soon.  Since I do like all things Pacific War, I was thinking one way to rekindle the interest would be to find a B-17F that was used in the Pacific, read up about it and maybe find some markings?  Maybe I should just re-read Masters of the Air.

What do You Think?

Are these the only reasons why builds might stall?  Did I miss any?  What about avoiding future stalls?  I’d love to hear them in the comments.