Or is 72nd scale in decline?  I have listened to some opinions about this in recent podcasts.  One of the hosts from the Scale Model Podcast explained that he does not build 72nd because he has trouble seeing the parts.  Yet one of the hosts from Plastic Model Mojo boldly claims 72nd to be God’s True Scale.

God’s Scale, Gentlemen’s scale, braille scale or whatever it may be called, I think many of us got our start in 1/72 scale.  Particularly those of us who started with aircraft.  I certainly did.  I can recall making a pile of 72nd planes back as a young one.  They were cheap and widely available.  They were also easy to get assembled, painted and pretty much destroyed in an afternoon. It seems to me that at one time, 72nd was THE scale for aircraft.  There was a ton of different subjects from every manufacturer on a consistent basis.

The origins of 72nd scale for models can be traced back to the early 1930’s with the first scale models of aircraft by Skybird kits.  This English company wanted a uniform scale for all of their kits picked 72nd scale because a six foot tall person would be one inch tall.  To me this seems like an arbitrary reason to choose a scale.  Anyway, these kits were mainly of the “block of wood you get to carve into an airplane!” variety.

The first plastic kits came out in by the mid-1930s by another English company known as ‘Frog Penguin’.  Frog stands for “Flies Right Off the Ground”, which referred to their line of flying models.  Adding the “Penguin” indicated these models would never fly.  Rather cheeky I’d say.

During WW2, 72nd scale bakelite plastic scale models were made by several manufacturers to aid soldiers and aircrew recognize different aircraft types.  After the war we had Frog, Airfix, Hasegawa, Hawk, Aurora, Revell and Monogram all producing 72nd scale aircraft kits in the plastic we are familiar with today.  But these new companies started producing in other scales with a lot of success including 1/48 and 1/32.

While it may not be as popular around here, there is still a big market for it in Europe and Asia.  Up until recently I would have believed the majority of aircraft releases were in 72nd scale.  I have no data to support it, but I am not sure that is true anymore.

My own 72nd Scale Experience

Below is a collage of the 72nd scale aircraft that I can remember building back in the day.  I’ll be charitable and say these kits were basic.  They certainly did not engender a love for the scale.  They were generally poorly detailed and had fit issues.  Actually, a few of these were real exercises in frustration but they were readily available and I could afford them as a pre-teen.  Fair warning, you are about to see some horrific kits: 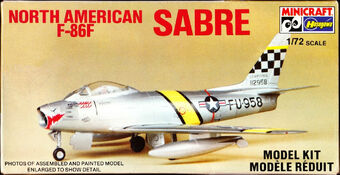 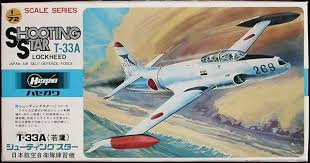 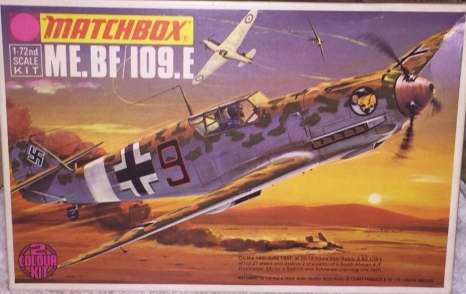 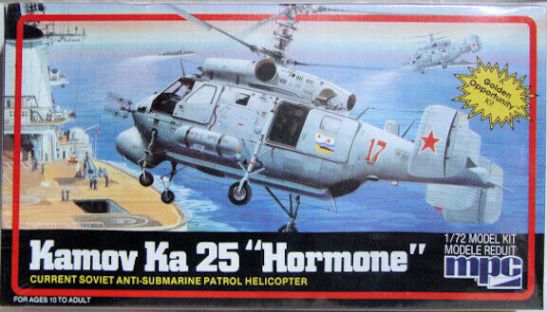 If anything, these kits pushed me towards 48th scale back in the day.  Sure it was generally a jump in price but the detail it offered was more than worth it.  I left the hobby for over 10 years but when I returned I had no interest in 72nd – mainly because of my previous frustration with it.  Also because the 48th kits designed and produced in the early 2000s were unbelievably detailed and they actually FIT TOGETHER! Whoa, what a crazy concept.

Maybe that is what this is about.  Maybe the so-so and crappy kits of the 70s and 80s that we cut our teeth on have had a permanent effect on our attitude towards the scale?  If that is the case, it is a little unfair.  I have dabbled occasionally in 72nd and I was pleasantly surprised by the detail on Tamiya’s 1/72 F4U-1d Corsair and that is hardly a cutting edge kit.

I also had a great time detailing and painting Hasegawa’s ancient Nick.  It came pretty bare of detail but with some fun scratch building and some aftermarket it built up nicely and I was lucky enough to not flub the paint when I was finishing it.

As for models produced in the last 10 years, I bought Zvesda’s Hind and Academy’s F-4J in 72nd and wow, these kits are night and day different than 72nd models of the past.  I can’t yet report on fit but their detail and engineering are right up there with recent 48th scale releases.

I’d say that it might not be my first pick of scales to build but when a 72nd model is built well and finished well, it is something to behold… if people actually notice it.  I say that because I think 72nd scale is at a disadvantage at contests.  These models are small and, in general, do not command attention. I used to see a decent number of 72nd builds on display at the contests I regularly attend.  This number seems like it is shrinking.  I’ll concede this might be a recent phenomenon or it might be a regional thing.

But it could also be a general decline in interest.  I think it is very hard for a 72nd scale single engine prop plane to win a ‘best in show’ at a contest.  Hell, I think it is hard for that model to get any attention within its own category except from those builders who know how challenging it is to turn out a winner from some of these kits.

But that is from the contest perspective and not necessarily from the building and enjoyment perspective.  From that side there is definitely a place for 72nd scale and it makes sense.  Homes are getting smaller and people tend to downsize as they age.  If you want to display your prized builds, the space these models take up becomes a real consideration.

I also believe there is something ‘right’ about the physical presence of the model.  Roughly speaking, the actual size of a finished model of a modern 1/72 Jet fighter is similar to a 1/48 Prop fighter and a 1/35 Tank kit.   I think this “finished model size” is directly linked to the reason these have historically been popular scales and subjects.

I believe the relevance of 72nd scale depends entirely on who you ask.  Model Buddy Ian believes the kits are too small and finicky to build for most of us ‘older guys’.  But as a fan of models, he also believes it is the small scale of the subjects that makes them very attractive and ‘model like’.  I can’t argue with that.

For the foreseeable future, there will be a 72nd scale legacy.  As in: if you want to build a given aircraft, it will most likely be available in 72nd scale.  I know this is true due to the number of kit entries over at Scalemates and because I always see vendors with piles of these 72nd scale kits at model contests.

I also see these vendors pack them all up at the end of the show with few sales, if any.  It may be because their kits are a tired old lot and builders just want the latest and greatest.  But maybe not.  Either way, I’d love to hear your thoughts about this.

19 thoughts on “Is the Gentleman’s Scale still relevant?”